← The guitar teacher who made a difference.
Lessons Learned → 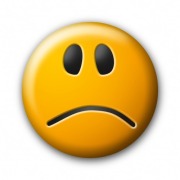 I was sitting in her kitchen trying to comfort her while she cried.  “If this turns out to be true,” she said, while emphatically jabbing her finger in the air, “I will want a personal apology.”  It was springtime in Washington DC in 1998, and we were learning more each day about Monica Lewinsky and Bill Clinton.  My idealistic friend, Genevieve, had volunteered for his campaign, had never met him, but had placed her hope and dreams firmly in his camp.  Now he was receiving blowjobs in the oval office and lying about it. Like many young Americans, Genevieve had adored him from afar and felt her optimism rise each time he gave a speech.  On the day I was visiting her, her heart was breaking apart bit by bit.

Genevieve was no stranger to heartache.  The youngest of six children, she was the kid everyone forgot when her parents finally called it quits.  Her Jewish father found an inexpensive fundamentalist Christian sleep-away camp and sent her there for an entire summer.  When August rolled around, he never came to pick her up and she entered the foster system for a few years until he was ready to parent again. I asked her why her bitterness rested so much on her father and not on her mom. “He was the parent who tried, at least,” I reasoned.  “They made a race for the door and she won,” was all she would say about her Mom.

Somehow the saxophone-playing, smooth talking president caught what was left of the pieces of her spirit and filled her with expectations of a better life for her daughter and hope for all mankind.  Instead, she was left holding the stained blue dress, the sound bite of his lie, and his new definition of “sexual relations” that caused parents to have uncomfortable conversations with their ten-year-olds who were catching whiffs of the news.

Last month, I attended a writer’s conference.  As I was waiting for a session to begin, I recognized a face in the crowd.  There, just a row behind me, was my very favorite as-of-yet-unpublished writer.  I discovered her blog about a year ago, immediately subscribed and devoured everything she’d ever posted.  If I noticed that a new post came through email, I would pull my car over and read all one thousand words right then. I really dug her honest, funny, slightly sarcastic, devil-may-care attitude.  I felt inspired every time I read a new piece by her. I was so excited to see and recognize her, so I turned around and said hello and told her how much I loved her writing.  We chatted for a few minutes and then again during the next break.  All together we shared about twenty minutes of conversation.

As I was walking back to the hotel that night I couldn’t get rid of this feeling of disappointment.  I had homework to do before the morning session, but I kept stopping and thinking about her.  She was tooooooootally different in person and it wasn’t sitting well with me.  I couldn’t put my finger on it exactly, but meeting her felt hollow.  She came off as, well, I hate to say it, but… shallow and insecure. She wasn’t at all like the gal I had stalked for a year.  In her nervousness at having been “recognized,” she talked a lot about herself and gushed a bit about which agent was representing her, disclosed her struggles to finish a book, and somehow started on a tangent to describe how her husband had shaved off his beard recently. She never asked me where I was from, what I write about, whether I had children, even whether I was enjoying the conference.  I could be wrong, but I don’t think she ever asked me my name.

I tried to brush it off – What did you think, Joy, that you’d become slumber party girlfriends or something? But I can’t let it go.  I knew she was just a regular gal – that was part of her charm! – but I am still so bummed out to discover that she is not nearly as confident and interesting as I made her out to be.

Just before Christmas of last year I sat in on a lecture by Chuck DeGroat.  He spoke for a long time about the “false self” we build around us.  The idea goes something like this: We think people expect us to be something and we like the affirmation we receive when we fulfill their expectations, so we throw our energy into being that thing.  The only problem is that we are so much more complicated and whole than only that thing, and we can accidentally ignore important parts of ourselves when we give all our attention to being that thing. I like to be funny.  I think my friends expect that in any given situation I will have a great one liner to throw out that will make us all laugh.  I looooove being the funny girl, but here is where I can run into trouble.  Sometimes I cannot even relax and enjoy a moment because I am stressing out about what funny thing I am going to say to make everyone laugh.  It’s like they are all waiting for me to say it and omg, what if I can’t think of something funny to say?!?  Who am I then?  The funny gal, although a piece of who I am, is not all of who I am.  And If I begin to place my worth and value in being only her, she becomes my false self.  I may have this whole theory wrong, so you might want to subscribe to Chuck’s blog, or buy his book to get the real story.

The disillusionment Genevieve and I felt was so predictable. Of course the people we admired were just regular people! I can only imagine that with fame comes more temptation to live in a false self.  (And overnight fame can really tweak someone – look no further than the sad story of Jason Russell.)  I really cannot blame Bill Clinton or my blogger gal for giving the public an image we were looking for. I guess it’s a lot of work to be so perfect and inspiring, and by the time one has a public following her, she’s pretty much sold out to the false self we are asking her to be.

I think in the future, I will try very hard not to meet my idols face to face.  I’ll attend their lectures, read their books and leave it there.  I will stay away from the book signings and won’t rush the stage to gush over them.  I’ll leave the false image I have of them intact, and hope that the news won’t start reporting about inappropriate uses of cigars in their offices.

Right now, I am grateful Anne Lamott has never responded to any of my letters!

And when I become famous someday, I will try very hard to remember the words of a wise CAbi colleague:  Be more interested than interesting.